Arrakis Records (Philly) has released this year a compilation called The Spice. The label had previously released a series of 12’’ including Briz’s Blown Mind, Department of Rec's Raising Illatropolis and Kenneth Masters and Department of Rec’s Will We Ever Be Famous. 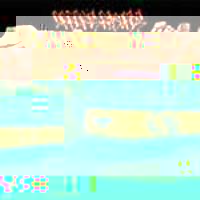 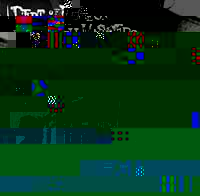 "Blown Mind" is a track based on a flute sample and bouncy bass. That kinda track that catches your ear every time…and yeah it’s good when beat and MC seem to complete each other like that. Shame all the tracks ain’t as good. Even ‘Doin’ It’ with Stronghold’s Breez Evahflowin, though Breez rips shit. The weakest track ‘Balance’ has been chosen to represent Briz on the compilation.

On the Will We Ever Be Famous EP, you’ll find K-Mass’s ‘Declaration of war’ as well as 2 tracks on a scary tip : "Freddy vs Jason" and "Witch Jawn". Yeah right… motherfuckers with glasses will sure be too nice for your dilated ass. "Will We Ever Be Famous" is easily the best track on the EP, though the title reminded me of the 3 Eurovision-style Aryans dressed in Levis and white T-shirts called Bros in the 80s… That’s when I switched off my turntable.

Let’s put on DOR’s Raising Illatropolis. A better EP though the cover art is ugly in my view. Well yeah OK, maybe I should forget side A (which features Breez again) and pass on to side B… "Blessings" is a pretty tight track, though it made me look back for a track by Awol 1 and Daddy Kev and Came is telling me it reminds him of a track by Tony Touch… see, it’s the kinda "I’m sure I’ve heard it before" track. "Earth vs Star" is the only track on the EP I can truly feel good about, though the brass sample is too nice. It is on a "Beer vs Weed" tip. Nothing really existentialist here but a fun track that’ll sure start an argument between your drunkies and your potheadz. If you ask me : both and more…